The switch over to digital has already started and providers like BT have already started to move customers from their old analogue networks to fully digital networks. Published on: 25th October 2021 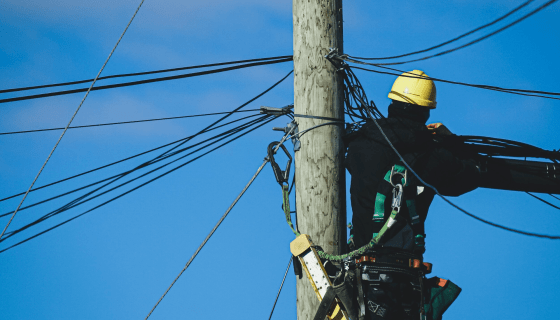 If you’re not in the business of telecoms and technology, the likelihood of you knowing that the UK’s analogue network (Public Switched Telephone Network or PSTN) will be switched off in 2025 has probably passed you by without concern. However, what you may not realise is the impact that this will have for many businesses operating on these analogue networks, without realising.

So, what’s happening and how could it affect you?

It’s a mammoth task but, by 2025, every phone line in the UK will route calls over the internet – Internet Protocol or IP for short.

It isn’t solely your phone services you need to think about, it’s everything that uses the PSTN. Alarm monitoring like alarms, Redcare, EPOS machines, CCTV, faxes (yes, some people still use faxes!), security door entry systems and so on, will all be affected.

Why is the switch needed?

Since the 19th century, the PSTN has been the UK’s phone backbone and it has coped admirably. However, with the rapid evolution of technology in recent times, the underlying infrastructure of PSTN such as copper cabling is no longer capable of carrying the demands of technologies of today.

Therefore, from the telephone wires festooned from telegraph pole in the streets to the network of copper cables underground, this analogue infrastructure needs more than just an overhaul, it needs a full upgrade.

It isn’t just the UK that’s making the switch. Across the world, the digital upgrade is happening. Countries leading the way are Sweden, Germany and Japan. Some – The Netherlands and Estonia – have already made the switch and have turned off their PSTN.

It might seem like eons away until the switch over in 2025 but there’s so many and so much that needs considering and upgrading that the heads up has been given way in advance. Many businesses have seen the light and already switched over to digital, hosting communication.

There are huge advantages of Voice over Internet Protocol (VoIP), also known as IP telephony. Firstly, from a commercial perspective, there’s ongoing savings to be made on not needing multiple phonelines and savings on call charging too.

You could also get tax relief for investing in IP telephony now. The UK government is currently offering a 130% super-tax deduction incentive to businesses investing capital in things like office equipment (including telephone systems), servers, computer equipment etc. The incentive is an enhanced 130% 1st year super-deduction capital allowance that allows companies to cut their tax bill by up to 25p for every £1 invested.

Another advantage is convenience. By installing the software applications such as 3CX, you can make calls from any device, from anywhere in the world from the same number e.g. your office number. You can virtually be ‘in the office’ wherever you are. You can then link in other tools such as video conferencing, conference calls, call manager apps etc etc. and with storage in the cloud, you can access your information from anywhere you’re working from too.

Don’t wait until you’re switched off. Switch on and switch over. Now is the time to leap forward into the 21st century and embrace the boundless possibilities of digital communications.

Future-proof your business. Speak to one of our team.